Thanks to a second round of Rocket Grant funding from the Andy Warhol Foundation, administered by the Charlotte Street Foundation and the Spencer Museum of Art, Haven has developed a hive monitor prototype that can wirelessly transmit data from internal hive sensors to Haven’s website. 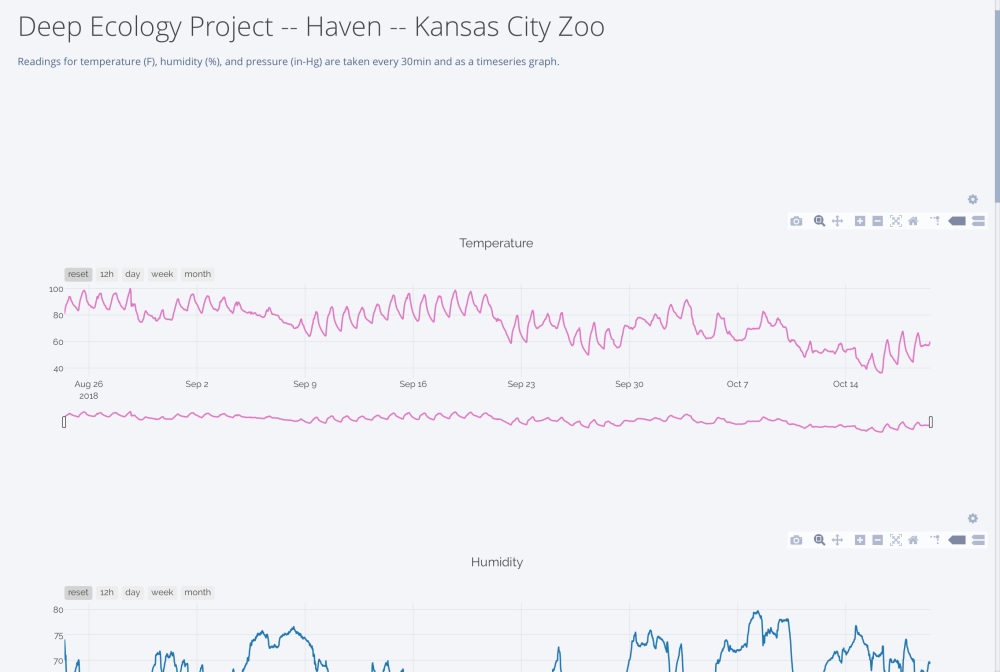 Haven’s sensors began gathering data in a hive at the Kansas City Zoo on August 24 2018. The device hardware and software were developed with help from a computer engineer at Hammerspace Community Workshop in Kansas City and New York based data scientist John Donich. 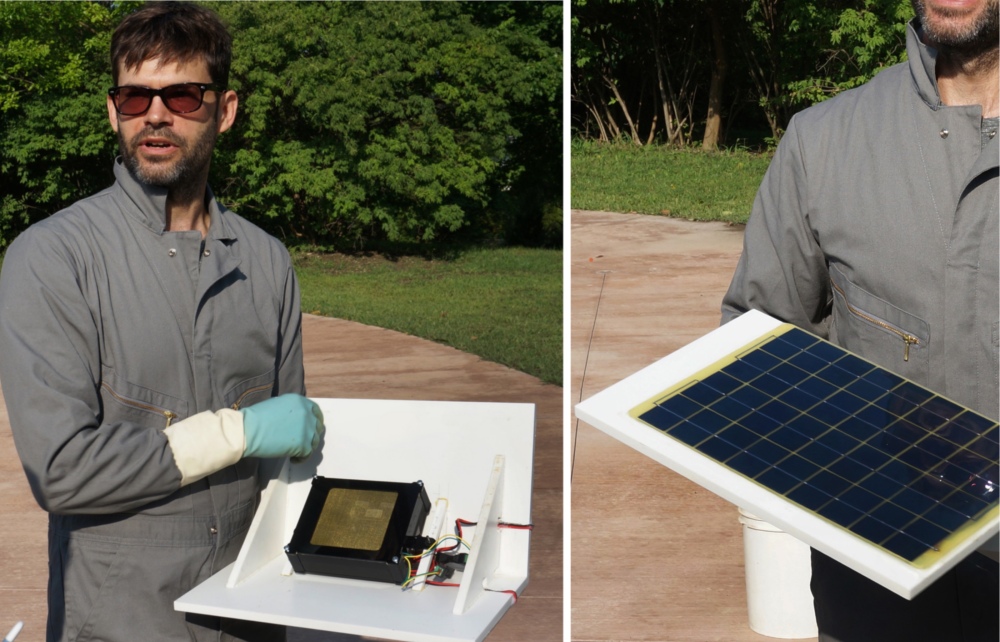 The new sensors are situated inside the hive, near the edge of the honeycomb, to monitor the ambient internal temperature. The processor is installed under the hive lid and is powered by solar panels on the roof. Without needing to connect to the power grid, Haven can be installed virtually anywhere and the hive monitor’s antennae will keep it connected to area cellular towers to automatically transmit data to Haven’s server. That data is then logged into an archived database and run through visualization software. The new hive monitor means that we can better track individual hive activity and generate layers of data viewable in a variety of graphical formats. When all 1000 hives are installed we’ll be able to track them in real-time and eventually be able to look back over years of data to uncover patterns associated with hive health and environmental conditions. 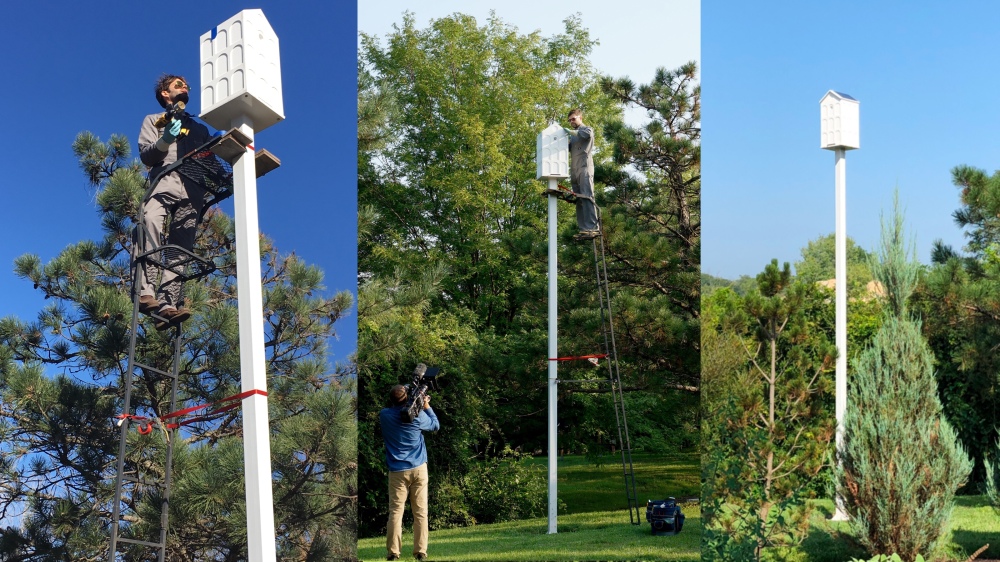 In addition to the measurements gathered by the internal sensors, every Haven hive functions as a sampling station. Using a ladder to catch a few bees at the hive entrance, any hive in the network can provide samples of honeybee DNA or local pollen for scientists to test for environmental pollution such as pesticides or other chemicals.